hmm, there is a pre story to this, as usual, which i could go in to now, but i think im gonna save for a separate story. lets just say this came out the first night i was stripping. at the very end of the night i met two boys who decided i was their favorite girl there, but there was no time for a dance with them. when i came off stage they asked me if i would go home with them. they were both very cute and i was keen. they then asked me if $500 would be enough. i was pretty excited cause i had been thinking of just goin for the fun anyway. i asked if they meant for the both of them and they said if i was ok with that then yes. i told them it sounded good and they should meet me outside when im changed. i came out in sweatpants and a vest and they were waiting for me right outside. i was really hungry so i made them take me and one of the other girls for breakfast, they paid. they had another mate with them and offered me six hundred for the three of them but he wasnt as cute so i told them id rather the two of them. we got a taxi back to their house, a massive mansion on the river and the two boys said we should go upstairs for a “ciggarette”. we got to the bedroom, after a little tour of the house we went out on the balcony, they counted out $500 and handed it to me.

we decided to have a shower first. one of the boys, 203, got naked and got in the shower, the second boy, 204 stayed on the bed and we made out for a little while then went and got in the shower too. both of their cocks were already really hard and they took it in turns kissing me. i took each of their cocks in my hand, feeling their length and girth, stroking them at the same time. 203 had his fingers inside me and couldnt wait to slide his cock into me. he lifted my leg up and tried to enter me from behind. we fucked that way for a little bit, but i am always too short for shower sex. we all got out the shower and into the bedroom. they lay either side of me and i started sucking 203s cock whilst stroking 204s with my free hand. they both had really good cocks. 204s was fatter but 203 was longer and i was loving having it in my mouth. i started switching between the two of them, sucking them and licking their balls and ass. 204 got up and he started fucking me from behind. the harder and faster he fucked me, the harder and faster i sucked the other ones cock. i love taking it from both ends and with two big hard cocks, i was in heaven. after a little while they switched positions. 203 was fucking me faster from behind and i had my face firmly burried in 204s balls and ass. they asked if i could take them both at once. it has always been my fantasy to be dped properly. when i have done it before usually one of them goes soft when they freak out about touching their mate. but these two were so hard and so into it i thought it would work for sure.

i didnt have any lube but i was so wet and turned on i just spat on my hand and rubbed it into my asshole while 203 spat on his cock. i told him to listen to me and only do what i told him to do. i was on my knees with him behind me and i bent forward, one hand on the bed, the other around his cock. i pulled him forward, lining the head of his cock up with my asshole and slowly backed up my ass up on him. it slid in a little and started to hurt. i used my other hand to start rubbing my clit, leaving me face on the bed, ass in the air. i instructed him to slowly push forward, and to not under any circumstances pull back till i said. he slowly slipped inside me, my asshole stretching around him until he got all the way in and it felt amazing. 204 wanted me to suck his cock at the same time, but i couldnt cope with the intensity of the cock in my ass to concentrate on a cock in my mouth. 203 started fucking me properly now in the ass, pumping his cock deep inside me, not pulling back too far. after a little while 204 wanted in on the action, and we decided they should try to dp me. i climbed on top of 204 and got his fat cock inside my now dripping pussy. i reached around and spread more of my pussy juice on my ass and spat on my hand and worked it onto 203s cock. he got in position and slowly started to fill up my ass. it immediately felt amazing. having the two of them balls deep in my pussy and ass, stretching me, my clit rubbing against 204 while we kissed and 203 kissed the back of my neck. the got into a little bit of a rhythm, alternating between the two of them who was thrusting into me, while the other one kept a bit stiller. i loved being stuck between these two young, horny, hot and excited boys, and the $500 sitting in my bag just topped the situation off.

we all went on the balcony for a cigarette and a couple of their mates were up downstairs. we all chatted and hung out naked. the three of us ended up back in bed and in a 3 way spoon, me in the middle, 203 in front and 204 behind me. we didnt intend to fall asleep but it was 8am. i woke up at about 10am. 204 had dissapeared but 203 was just waking up infront of me and could tell immediately he was feeling horny again. we joked about it for a bit and he asked if i could help out, i told him i didnt like morning sex, and was too tired to bother. he said he didnt wanna fuck me, just wanted another head job off me. that seemed like even more work so i told him no way. he said, $50? and got his wallet out. i just smiled and walked back over to him, got on my knees between his legs and sucked his rock hard cock till, about 2 minutes later, he came in my mouth.

i got dressed and went downstairs where i ordered a taxi, hung out a little while i waited then just left, having gotten paid for something i would have done that night anyway.

...i didnt get laid in a month

Wed Mar 14 , 2012
so its been a month since i have had sex. why the fuck cant i find a guy that wants to have fucked up sex and hang out. right now i want a dude to come over, with a friend. get really fucked up. then the three of us go […] 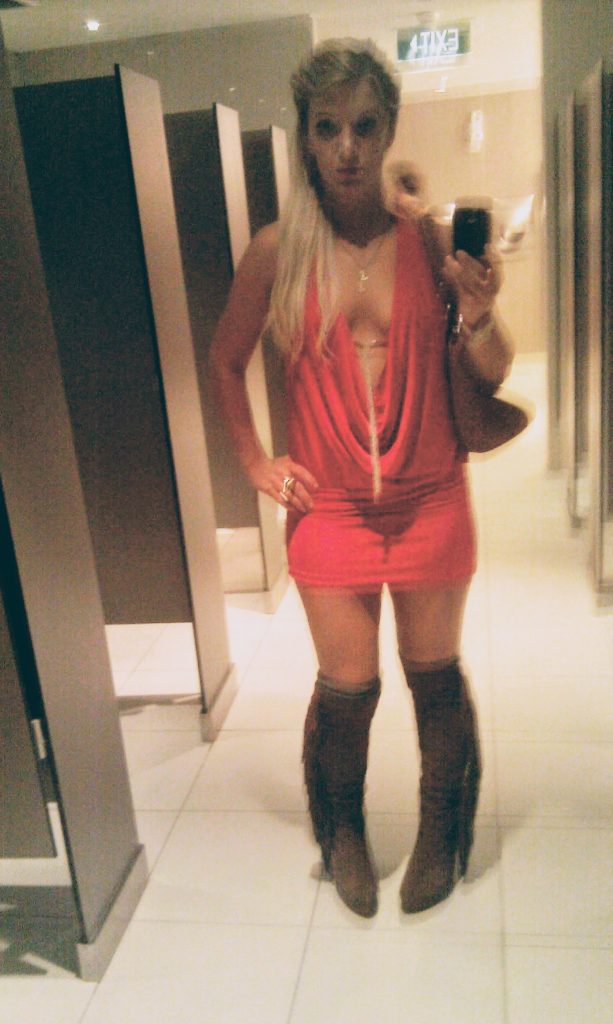