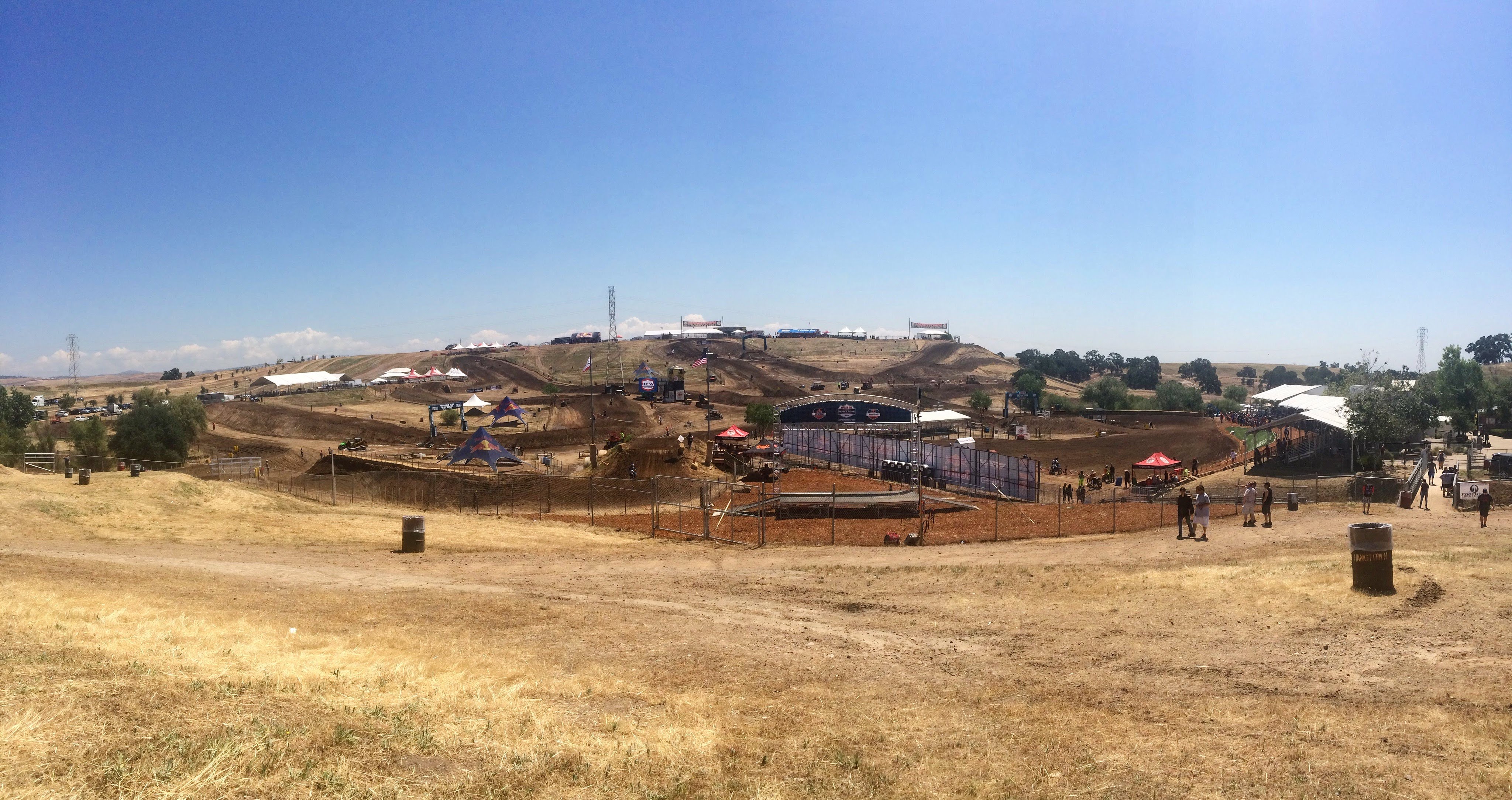 Like most my stories it seems this is a part of a larger story that I will have to cover at another point. I had gone to Northern California to my first motocross race. The start of the adventure was with 3 guys who work in the industry and can be that story for another time.

Being in a field for 3 nights with loads of men who like the same shit as I do meant that there was plenty of swiping to be done on Tinder. I find it hilarious that I keep seeing the same moto guys from the different events I go to, pop up in my swiping. Some I talk to. Some I’ve met. I actually met up with a mechanic on race day after my night with the 3 guys. But this is about my last night at the races and the two boys I spent it with.

I matched with 366 and got chatting pretty quickly. I was in the bus and wanted to enjoy my last night. I had gone for a little walk around the campsite but not much was up. However it turned out he was parked up and hanging out only a couple of RVs away from the bus. So he came over to meet me and take me back to where he was hanging out with some random people he had met that night. He was 24 and pretty cute. He was there with his friend, a big blue eyed 21 year old. They were hanging out round a fire with a couple who were only 18 and the dude was so incredibly hot, and a couple of older dudes in their 40s. I don’t really know how we got to the point where it was obvious I was on a “date” with both the boys, but getting both of their attention didn’t bother me one bit. I thought two is better than one.

I don’t like being too sexual publicly, but little 365 couldn’t keep his hands off me. He would try and kiss me too much in front of other people and cause I was clearly with the other one as well I had to tell him to back off a bit and leave me alone around everyone. He took great offense to this. His cute little face and big sad eyes were so adorable, and he went off in a sulk and hid for a while. I carried on sitting around the fire with 366 until the older guys noted his disappearance over not getting my attention, so we went and found him and tried to make him feel better. It was so cute. I love sad little boys. We had a chat about how it was all going to happen, but in good time and not around other people. He perked up a lot, and soon we were all back at the fire. Somehow one of them ended up on my lap and I was giving him a little shoulder rub, and the other one decided to stand behind me and give me one too. The older guys had already been a bit wide eyed at me with these two young boys, and there was definitely an air of “what is she doing with them?”. However I made it perfectly clear to them that I was much older and knew exactly what I was doing and was going to be getting exactly what I wanted. Which they seemed to give me a little props for!!! They had already told us all to go get a room, but when we all started massaging each other, switching around and somehow ending up with me on someone’s lap while his friend massaged him, they were urging us to just go and get on with it cause we all clearly wanted it.

The three of us were actually enjoying not, and drawing it out, knowing we would do whatever we wanted later. A little later when the group was busy not paying us attention for a while and we were all done hanging out, we decided it was time for us to go. We didn’t say anything to anyone and just got up to leave. As we were leaving they wished us a good time and I said Id make sure of it! I took my two little boys to my bus and my tiny 30 inch bed and we finally got to properly enjoy each other.

I absolutely love kissing more than one person, switching up between the two, using my hands on one while i kiss the other, knowing they are waiting for me, having a favorite, treating them the same, the different techniques. With all my group activities there is usually one who is more sensual and connected than the others, that was the baby 21 year old, 365. Like I said, i’m a sucker for a sad boy. Having both of their hands on my pussy while I alternately kissed them was such a delicious feeling. The logistics of fitting all 3 of us in the same area in the bus were pretty interesting, there were definitely some interesting contortions, but somehow we all managed to be naked and giving and receiving all kinds of pleasure. 365 was standing in front of me, 366 was to my left and I was able to suck each of their dicks in turn, keeping my hands on them both at all times. 365 dropped to his knees on the floor in front of me and pulled my ass to the edge of the bed, my legs free to drape over his shoulders as he buried his face in my pussy. I don’t really remember if he was any good, but having his best, older, friends dick in my mouth while he was on his knees for me, made everything good enough.

What happened next is seared into my brain and will stay with me for the rest of my life. One tiny moment that will fuel my wank bank and future sex plans forever. While 366 had his dick in my mouth, and 365 had his face in my pussy again, 366 reached over and put his hand on the back of 365s head and pushed him harder into my pussy. Nothing was said as he kept his hand there and we carried on like that. Two young boys in a threesome, comfortable enough to interact with each other like this, was the hottest thing that could have happened. It was so subtle, the small amount of control the older friend had over the younger one. The fact that the younger one was pleasuring me and his friend was getting his dick sucked. Him being on his knees. That hand on his head. That cool, calm, powerful hand movement. I cant, and dont think I will ever get over it. It was sexy as hell!

After that 365 was due some dick attention so we switched around some so I could suck his dick while his friend finally fucked me. We switched around a couple of times so I got to have a different dick in my pussy fucking me from behind while I sucked the other one. I’m pretty sure 365 finished first, fucking me like that. Then I fucked 366 on the bed better. But I don’t remember what the little one was doing so I’m not entirely sure it went down like that. I wish I remembered sex details better. After we were all done we did end up trying to fit into my bed, which is smaller than a twin, but little 365 eventually gave up and went to go back to his van. It was nice having a bit more space for the two of us and we spent a bit of time fooling around and getting sleepy until we heard a loud banging on the back window. We were quiet, hoping whoever it was would go away. Then there was another, knocking on the front door, and we knew 365 had come back again. I went to open the door to let him in, his little face as he stood outside and looked up at me so was precious, and he just asked if he could come back in and cuddle with us. I could not say no, even if it wasn’t going to be that comfortable. Somehow we made it work. A three way spoon, in 30 inches of space. Two big boys and me in the middle squished tight together. As it started to get light, we all fell asleep.

A couple of hours later we woke up in a sweaty hell. I managed to pry myself out from between them pretty easy, sliding off them with the amount of sweat we were generating between us in my uninsulated bus/tin can in the summer in California, and they kinda woke up. After a little bit of hanging out naked, 365 got dressed to go back to his van to pack up so they could leave. We all had to be out of the field that morning. I dunno if I had any morning sex, but 366 stayed with me a little longer, till 365 said he had to go.

After they had gone I marveled at how we managed to make it work in that ridiculous bed. And the moment 365 pushed his friends head deeper into my pussy, kept replaying over and over in my head. It was an amazing weekend at my first motocross race and I will definitely be going to more in the bus! Especially as I have since slightly upgraded the size of the bed and this winter will be making a much bigger more comfortable play area in the bus!