i had met this boy one night i went out on my own, when i had gone home to visit me mom and she had chucked me out for the night to have an ann summers party. its started normally enough. kissing, chatting, me in the middle of the two boys in bed in a hotel, with dream boy touching me up and kissing me, his mate complaining about the noise. then he started holding me down, teasing me and whispering in my ear what i had to do. i was entirely at his mercy and he only let me cum when he said so, and i HAD to cum when he said so. he did this all with his hands and didnt let me touch him the entire time. his mate was pretty turned on, but pissed off. the next day a few hours after i got home we started talking on msn. (i have no idea how or when we swapped details!) it obviously didnt take long for it to get filthy and he told me he wanted to be my master and if i agreed i was going to have to go along with whatever he wanted and NEVER disobey him. so of course i jumped at the opportunity. from then on i was to call him sir. by the way, this boy was just 18. i was 22, nearly 23. he was from another town far away. i knew i had to see him as soon as possible or i might forget how to breathe. luckily my best mate lived in the same town so that night i phoned her and was like…guess what…im comin to visit…in 5 days! i was then able to surprise sir with the information that i had infact already planned a trip to his city and would of course spend all my time with him. for the rest of the time i was at my moms we talked and he controlled my every move. when i arrived back home i got off the train and couldnt function. i didnt know where to go, what to do, how to get home. i just sat on the floor and cried. it had been the longest i had gone without his instruction and i couldnt move. the arrangements were made of my visit and after several more days of constant talking on the phone, i was on a coach in a dress with no underwear on and knee high boots. when i arrived he took me to a coffee shop and led me straight to the upstairs seating area and made me cum. i lied when i said i had no underwear on. i had put on a bikini top cause i hated going bra less. after i came he said i would have to pay, big time, for disobeying him.

he was taking me back to his and when we got on the bus he made me sit on the middle back seat with my legs apart and he kept making me flash so the driver could see in his mirror. when we eventually got back to his he made me strip and get on my knees facing the wall. he left me like this for about an hour while he just sat on his bed and read. when he finally came over to me i was so wet it was running down my legs. he made me cum about 10 times, but only when he told me to. but then came my punishment for disobeying him earlier. he blindfolded me and spanked me.he would tell me how many times he was going to do it and i had to count loud and clear for him. if i fucked up, he started again. he was spanking my ass and my pussy and i had never been hurt like this before, an i dont think i had ever been so wet. this cycle of punishment and reward went on for several hours until he had to hand me back to my friend i had come to visit. my back and bum and legs were so sore and bruised and i was a wreck.
when i was returned to him several days later he took me back to his and it all started again. i spent a lot of time, naked kneeling in corners or facing the wall, spread eagled across the door frame or if i was lucky sat on a chair. i was beaten continuously with the buckle end of his belt, he wouldnt let me eat an only let me have a few drips of water once a day. he kept up the cycle of pleasure and punishment, taking me into his bed to kiss me and tease me, but i couldnt help but misbehave so he would punish me again. there wasnt really days and nights, just time, and exhaustion and love and insanity. despite him being my master he showed me how he felt and we quite clearly were in love, in our own way. i really couldnt breathe without him. we needed each other.
he went out to work a few times leaving me on my own. i was able to go to the toilet then and rest. one day when he was out i was watching a film and his 8 yr old brother came into his room and got under the covers and watched it with me, then his mom came up an offered me something to drink, and id imagine, to see who had been up in her sons room for 3 days! i came out of his room and played with his brother a bit. he made me break into the neighbors house and steal some lemon fanta. i was clearly some kind of mess that even an 8 yr old had enough control over me to make me break into someones house! or maybe it was just those boys!
anyway, all this misbehavior ended with sir walking in to his bedroom where me and his 8 yr old brother and 14 yr old sister were playing monopoly! he just walked in, looked at us and walked straight back out. i was TERRIFIED. when he eventually came back he had brought us all chips and sent the kids downstairs to eat theirs! i was so happy to eat! then obviously i had to pay for my massive misbehavior! it was a very long night. on the last night it got a bit wierd and somehow we managed to establish a role shift based on how we referred to each other. i was able to take control over him an we had some great asphyxi fun. i was finally able to touch him, but ultimately he still had control and he would not let me fuck him. i dont remember leaving his or getting back home. but i had a list of foods i was allowed to eat an things i could drink and i had to move into my friends house cause i couldnt bear to be alone. id just sit in corners talkin to him on msn for 12 – 20 hours a day. when i went to the pub with my friends i had to act, and drink an do as i had been told. the internet at my house wasnt working so i had to spend any time not at my mates house, at the internet cafe at the bottom of my road and he would phone me every night.
i had to go on holiday for 5 days an i wasnt gonna be able to speak to him at all. i functioned surprisingly well, but i was happy as he promised to come to me for my birthday which was a few days after my return. strangely those couple of days i barely heard from him and we hadnt finalized any plans. i was worried. on the morning of my 23rd birthday i went to the internet cafe to see if he had sent me anything or was telling me when he would arrive an i had received and email from him telling me i was ridiculous. the situation was ridiculous. that i meant nothing and to never contact him again. i was heart broken. i think his girlfriend found out about me and made him write that email to me, cause it just wasnt him. yes he had a girlfriend the whole time. yes i knew and yes we talked about how shit she was. i dont know what she thought he was doing the whole time he was with me but what ever. they are still fucking together and he kept to his word and has never ever spoken to me again.

Sat Nov 14 , 2009
i used to run an event in club land. i was badly behaved and fully took advantage of the free drinks i was given. i like a good flirt, a quick flash and to tease. which i did with the staff all the time. not that i ever did anything […] 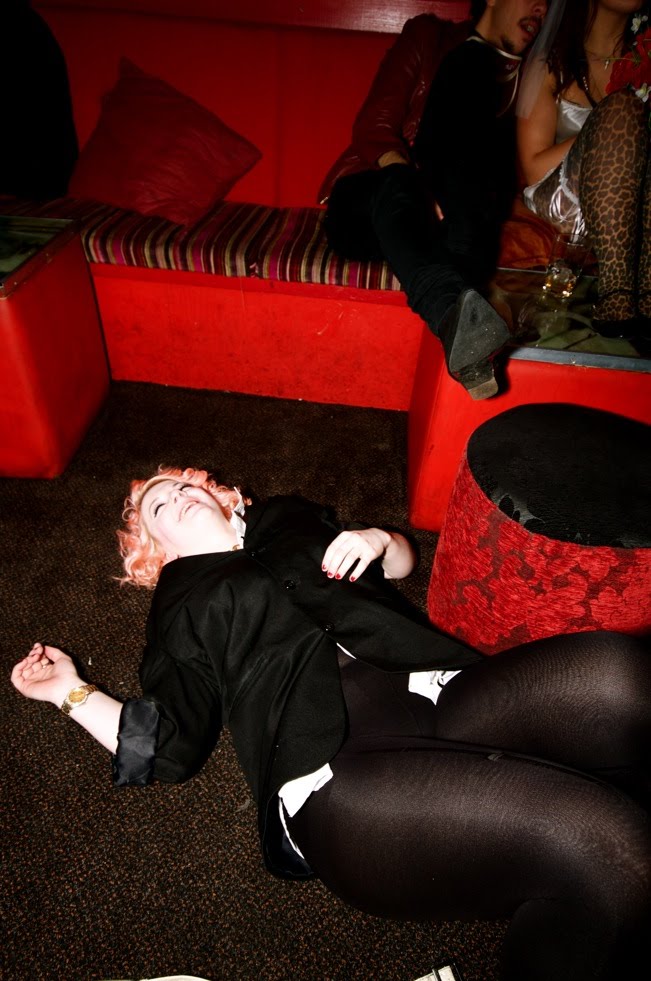