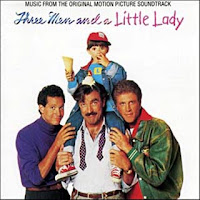 back when i was more messy and more involved in our little local community i ended up fucking 3 guys who were best mates and were all major players in the scene. one night we were out at dinner, the four of us, and they were talking about girls they had fucked and when one guy had fucked a girl another of them had, the third guy would take the piss and they thought it was gross. the whole conversation i was just sat there smiling to myself and laughing. then i asked if anyone fucked all three of them, and they were like, no way. they were all pretty sure of this, running through possible girls who they had and discounting them, till i pointed out that i had. that made the conversation for the rest of the night much more interesting. all three were totally different situations. one was filthy, once we had a threesome and another time i pissed on him before he fucked me and filmed it in our mates toilet at a party. the other was a bit of a regular and we kind of liked each other. and the other was a total mistake. he was at mine wasted, we were just hanging out doing poppers, as you do and the next thing we know we were fucking. it has always been a proud achievement to have been the only girl, out of the many, many, many between them, that got 3 all of them.

Wed Jul 28 , 2010
cheating is the new monogamy. i have started sleeping with a few guys with girlfriends. one guy ive been getting to know is married with a kid and is coming to see me in two weeks. one is the best sex ive had in ages and is incredibly hot and […]