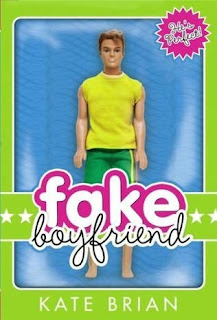 this week i have discovered a brand new and exciting experience that i have thought would be a good idea. and worked really well. i had a boyfriend holiday. i was away at a festival the other weekend DJing and stage managing, and met a boy there, 113, on the first night. he was working on the stage we performed on. after the show we had some amazing tent sex and he did things to me that no one should do in a tent. it was really fun and he knew how to wind me up and turn me on in equal amounts. i moved to a different festival site in the morning and he stayed at this one for the weekend. he asked me to take his number before i left. we texted and called each other for the rest of the weekend and we arranged for him to come to mine when he was finished working.

he got back on monday afternoon and i met him at the tube station and brought him straight home to mine. he collapsed tired and hungry on my living room floor and he pulled me down and lay there making out for a while. i put him in the shower and ordered us some curry. we then spent the rest of the night eating, watching movies and fucking. in the morning i got up and made coffee and pancakes and then we spent the whole day doing the same again, eating, watching tv and fucking. it felt like we had been doing this for months and it was totally normal that we were holding hands and kissing and generally being wrapped around each other. that night he went out with his mates and then came home to me, where id ordered a pizza and gave him blow jobs on the sofa. he was going to leave on the wednesday night as i was going to go out. but when it got to about 8pm we decided another night in with food and fucking would be much more fun.

we talked about how and why this wierd little boring married life we were having was working. we are both really similar in our feelings and attitudes to sex and know that just cause we were acting like this, didnt mean we wanted to be together or do this any longer than we were. we liked the comfort and cosy funness of this gf/bf time but didnt want any more from each other. so when it came time for him to leave on the thursday we said our goodbyes and that we may see each other soon. since then we havent called or text each other. i think we both got everything we needed from our 4 days together and rather then being led on or leading someone on after one night of fake fun, our conscious decision to take a boyfriend/girlfriend holiday has left me feeling all warm and satisfied inside.

Mon Sep 20 , 2010
i dont know why i did it, or what prompted me to start on it, but i know i wanted to push my sexual boundaries and expand my potential horizons. so one night at the end of july i signed up to an online “dating” site. within 5 minutes of […]