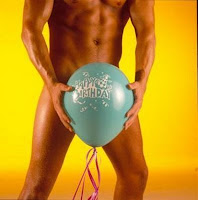 it was my 19th birthday at a club in my home town, when it turned midnight, onto my actual birthday i decided i wanted to celebrate with some sex. i walked to the toilets and found the cutest boy nearby, number 25. i walked up to him, took his hand, and without saying anything, i took him into the girls toilets and fucked him. i told him i would be wanting more of that and that i would come and find him later. he was only about 17 and too scared to say anything. i found him and fucked him two more times that night and i didnt say another word to him the whole time. i never knew his name and wouldnt recognise him, even if he spoke to me. but it was a great start to my birthday.

Sun Oct 3 , 2010
well actually i didnt just take one boys virginity. as far as i know, it has been two. one was a little boy who was 17 when i was 22. due to too much booze i dont remember what happened or how it was, but i did think he was […]